When we talk to our clients about how we recommend that they eat, we tell them to eat a low carb diet in line with the Paleo plan that is in vogue now. When we get into specifics, we are told that what we recommend is not Paleo.

Milk and cheese are not part of Paleo apparently.

Maybe we should start eating bugs as part of our daily nutrition plan. Grasshopper Muesli anyone?

All kidding aside. It can be confusing what the different types of diet programs out there are, so let’s take a closer examination of some of the popular ones and gain some clarity of what all this low carb eating is about.

I remember when The Atkins diet “viral”. He espoused a high fat/low carb way of eating for fat loss. Moreover, he claimed that it was eating excessive carbohydrates that made us fat, not fat itself. He made this claim back in 1972, which was the epitome of the high fat/heart disease hypothesis that Dr. Ancel Keys spearheaded in the late 1950’s. Ancel Keys was sure that saturated fat led to heart disease, and he recommended a high carbohydrate/low-fat diet.

Dr. Atkins had his epiphany when he read a study by Alfred Pennington that produced successful weight loss by restricting carbohydrates. Dr. Atkins tried the diet himself and finally saw the weight loss he was looking for. Taking his success even further, he started using the low carbohydrate diet on his diabetic patients. Once again, he was successful with helping his diabetic patients manage their weight and insulin levels.

The Atkins plan has four phases:

In summation, the Atkins diet does not have any foods you cannot eat, as long as you keep your carb intake low. This, of course, will limit all of the starchy foods like potatoes, corn, rice and pasta. Other than that, have at it…if you can maintain a relatively low daily carb intake that does not add fat weight.

I have to point out something at this juncture, and that is the fact that Aktins was not the first person to recommend a low carb diet for fat loss and diabetes therapy. Clinicians have recommended a low carbohydrate diet as far back as the mid-1800’s when dealing with obese and diabetic patients. For a long time, they did not know the mechanisms behind why it worked. They just knew it did. It was common practice before Ancel Keyes changed the nutrition paradigm.

The premise of the Paleo diet is that our Paleolithic ancestors were healthier than modern humans, and that the diet of the Paleolithic was a larger  part of the reason why. Furthermore, our bodies have not evolved enough to handle the modern diet we have today. Agriculture was introduced on a wide scale about 10,000 years ago, which introduced grains, legumes, and dairy products en masse. The theory goes that 10,000 years is not enough time in the evolutionary process for our bodies to adapt to so much starch, and that is why we have the modern problems of heart disease, diabetes, and obesity and other western related diseases.

In essence, the Paleo diet consists of:

What the Paleo diet does not have:

Just like the Atkins diet, the Paleo diet is very controversial. Conventional nutritionists consider it a fad that will go away when people get tired of it. Ironically, they thought the same thing of the Atkins diet.

Does the Paleo have merit? It is true that Paleo man was more fit. They were, on average, five inches taller and had bigger brains (believe it or not) than we do. They were more muscular as well. However, it is difficult if not impossible to pinpoint what they did or did not eat. We do know that they were hunter/gatherers, and did not engage in farming and so we can garner some generalities. They could not have made a steady diet of grains or beans for that matter, and yes, they did eat meat and fish. I will comment on the Paleo more later, but first let’s finish the comparisons by looking at the ketogenic diet as well.

The ketogenic diet, also known as high fat, moderate protein and low carb diet is, ironically, used for the treatment of epilepsy. For some reason, dramatically reducing carb intake lowers the frequency of epileptic seizures. The ketogenic diet is also used for weight loss as well. The reason is because the body will always run on glucose for fuel first, then as the glycogen stores get depleted, the body will then switch to the fat stores for fuel. It will do this by converting fat into fatty acids and ketone bodies, which will then circulate in the bloodstream and be picked up for fuel. So a diet that is very low in carbohydrates will keep the glycogen stores empty, thus prompting the body to burn fat.

In other words, if someone eats a high carbohydrate diet, even if it a low-calorie diet, he will struggle to see fat loss because the glycogen stores will always get “restocked” every time the dieter eats. He will then have to burn the glucose before he can get back to burning fat.

Studies show the ketogenic diet to be remarkably effective for fat loss, and many low carb diets have some sort of introduction to kick in the fat burning potential. For example, Atkins has its induction phase to keep the cards very low, and Mark Sisson who wrote the book The Primal Blueprint has a carb scale, whereby he recommends that for people to see fast fat loss, they need to be under 50 grams of carbs a day. These recommendations fall in line with the ketogenic diet.

The ketogenic diet is a very low carbohydrate. It is about as low as you can get. The recommendation is to stay below 50 grams of carbs a day with moderate protein intake. In essence, to follow this diet, one would have to eat items like fatty meat, fish, pork and the like with no fruit and vegetables. Coconut oil, avocados, butter, and other high fat items such as heavy whipping cream and ghee are staples that fit into the ketogenic diet.

There are two main concerns with this diet, and that is:

It turns out that both of these concerns are overblown. First of all, the high fat/heart disease connection is weak at best. It seems that it is the type of fat that can be bad, not how much. For example, trans fats are undeniably bad for heart disease and cancer, and it it looks like the polyunsaturated fats are worse than the saturated fats. It has far more to do with the ratio of Omega 6 and Omega 3 six fatty acids. Our intake of Omega 6 to Omega 3 should be about 1:1, but it is closer to 25:1. Eating more saturated fats and less liquid vegetable oils go a long way to bring that back into balance. As for the vitamin and mineral controversy, we actually get 12 out of the thirteen vitamins and minerals that we need for good health with a high fat, moderate protein diet. The only vitamin we do not get is vitamin C, and it may not be that important to have on a high fat diet. For example, the intuits have thrived for centuries on a high fat and no carb diet without any signs of scurvy or other vitamin deficient diseases. This is a conundrum for sure, but some researchers hypothesize that eating a high carbohydrate diet causes a much higher degree of oxidation, which vitamin C plays a big part in neutralizing it’s effects on the body.

In summation, the ketogenic diet can be a good tool for fat loss, and it can be a good diet plan for someone inclined to stick with it. I do believe that it would be a challenge for most people to stick to because it prohibits vegetables and nuts, which are good food choices (that taste good too) that will simply have too many carbs.

Would you like a customized Hystrength program perfectly designed for your needs and goals? Click on the image to learn how.

Going back to the fact that when we say that you should eat a Paleo diet, we simply mean that you should restrict your consumption of grains, rice, beans, and other items that were cultivated at the dawn of the agrarian age. Moreover, we also recommend to keep fruit intake pretty low too, and to stay away from processed foods and low fat items in general. Carbohydrate intake was very low then back in the Paleo days, even when fruit was in season, and observing the steady rise in obesity and diabetes with our modern diet shows me, at least, that we have not evolved to handle a higher carb diet.

Furthermore, I believe that all of these diets have a common thread, and that is too many carbs are bad for you. They all have their recommendations on what to eat and what not to eat, but in many respects they are similar. I think they all are for the most part trying to differentiate themselves from each other and brand what they do.

Admittedly, I could have just as easily said to think more along the lines of Atkins, or for that matter the Banting method (William Banting was an undertaker in the 1800’s that struggled with obesity and eventually found success with a low carb diet…and wrote about it.). They all have the same underlying philosophy. The reason I like to call it the Paleo is because, well, Paleo sounds cool. It’s like saying “let’s get back to basics”…back to eating what we are supposed to eat instead of the modern processed foods we eat now. 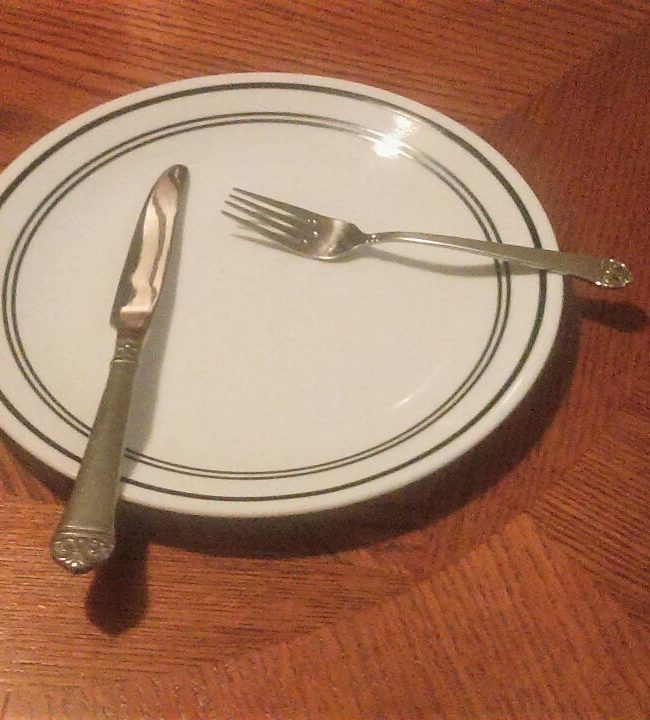